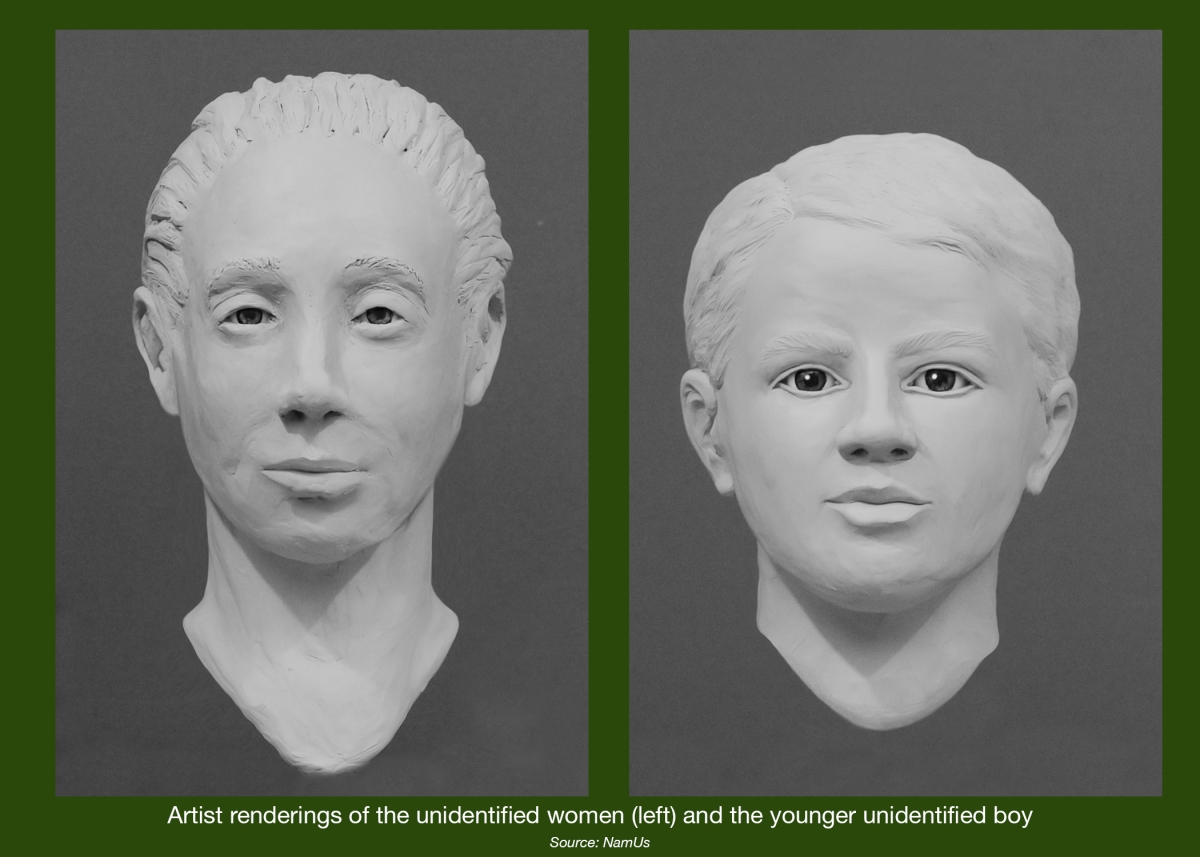 On May 15, 1935, a human skull was discovered by two women picking flowers in East Middlebury, Vermont. They alerted the sheriff, and a search of the area uncovered the remains of three people: a woman and two adolescents. All three had been shot in the head; a .38-caliber bullet was found near the remains. The bodies may have been wrapped in a blanket and a striped awning that were found nearby. The three victims had been killed anywhere from a year to five years before they were discovered.

There were at least three persons of interest early in the investigation, though none were definitively connected to the crime. In 1938, Detective Almo B. Franzoni believed he had identified the remains as Cora Golden and her two children. Franzoni could find no records of the family after 1929. At the time, anthropologists from Harvard concluded that physical characteristics of the missing family matched those of the skeletons. However, recent archival research determined that Cora had died in 1938, and records of her children were also found. DNA testing also ruled out the Goldens as the victims.

Vermont’s State Archivist, along with a detective from the state police, have searched records for clues to the skeletons’ identities but have not found any new leads. Facial reconstructions of two of the skulls were created by a forensic imaging specialist. All three victims were later buried in a Middlebury cemetery under a stone carved with “Three souls known only to God.”

The woman is estimated to have been 5’2”, and between 35 and 45 years old. The older child was likely 13 to 15 years old and the younger 9 to 11 years old. The children were determined to be boys, though older sources sometimes refer to them as two girls or a boy and a girl, while their sex is listed as “unknown” in NamUs.

Anyone with information about the unidentified woman and children should contact the Middlebury Police Department: (802) 388-3191.